A Cyclist Turns to Gravel to Stay Fit

When Doug Wilwerding wanted to mix up his long-distance cycling routine two years ago, he considered mountain biking. Then 54 years old, he was deterred by the potential for injury from dodging rocks and roots while flying downhill. Instead, he took up gravel riding, a relatively new sport where you ride on unpaved roads, including dirt, gravel and mixed-surface terrain.

The founder of Omaha-based venture investment firm Optimas Group, LLC, Mr. Wilwerding is now retired and splits his time between Omaha and Steamboat Springs, Colo., which both offer plenty of natural training grounds. “On a gravel bike I truly appreciate the rural beauty of the Great Plains and the alpine beauty of the Rockies,” he says.

A shoulder injury ended Mr. Wilwerding’s competitive swimming career at age 21. For the next 20 years he was a runner, averaging 40 miles a week. “Eventually my knees and hips rebelled,” he says. 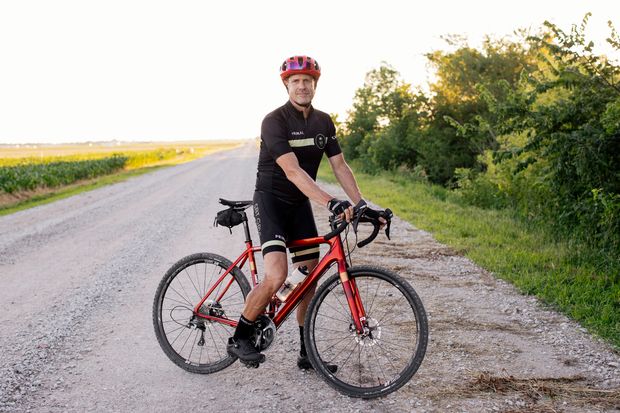